This is the third notification of Cycling Ireland Off-road Commission Annual General Meeting (AGM).  This meeting will take place on Saturday 21 January 2017 – Carlton Hotel Dublin Airport.  Meet at 11:30 with start time at 12:00.  Tea and coffee will be available on arrival, however, there is no lunch scheduled so make sure you eat before you arrive.

Positions on the Commission
The commission will be made up with the following 8 positions.  All of the posts are up for re-election.

Note: The volunteers currently in the following positions have stated that they will not be standing for 2017 – Secretary, DH co-ordinator and Youth Development Co-ordinator.  The Chair has to step down this year after serving the maximum of 2 years.

You can put forward nominations for the above posts by following the criteria below.  You can also put forward motions, again, using the format below.  Nominations and motions for change must be sent to the commission secretary (secretary@offroadcyclingireland.ie) by close of play on Wednesday 18 January 2017 (date has been extended due to the website being down).  The secretary will confirm receipt of your email.

Nominations
All nominations must be from a current Cycling Ireland member aged 18 or over.  The nomination should read
“I, <your full name>, Licence number <your licence number>, would like to nominate <full name of candidate> for the position of <position>.”
Note: The candidate must be aware of the nomination.

Motions
The motions must be put forward by a Cycling Ireland member and must begin with the line:
“I, <your full name>, Licence number <your licence number> would like to put forward the following motion…”.  Please ensure the motion is clear.

The person who puts forward the motion MUST attend the AGM or their motion will not be heard.

All members of Cycling Ireland clubs can attend however only nominated delegates from the clubs are entitled to vote (see club list below).  All attendees must sign in with their name, club, and licence number (either 2016 or 2017).  The meeting will be chaired by the current chair person, Martin Grimley.

Nominations in so far

I, Brian Roban, licence number 16L0409 I would like to nominate Iain Smith for role of Treasurer

I, Paul Birchall, Licence number 17A40127 (M50), would like to nominate Andy Layhe for the position of Youth Development Co-ordinator.”
Note: The candidate is aware of the nomination.

I, Andy Layhe, Licence number 17LC0467 would like to put forward the following motions:–
1). Allow underage (U14, U16) national cyclocross championship events for 2017/2018 season.
2). Ensure underage CX race durations are in line with other European nations and rules.
3). Allow riders to self fund or crowd fund for World Championships if CI funding is unavailable.
4). Ensure adequate notification is provided to riders selected for overseas events.
5). Justify the reasons for sending riders to the European Championships as opposed to the World Championships and the reasons for not stating non worlds participation at the start of the season.
6). Formation of a sub cyclocross Committee or separate CX Commission similar to the way BMX is structured. Additional posts such as ‘CX Youth Development’, ’CX Coach’, ‘Women CX Rep’ etc, could be created within a CX Committee. This would further develop and progress the discipline as a separate entity.”
7). A motion to introduce underage (U14, U16) national cyclocross championship events was motioned at the 2016 ORC AGM and carried. Within the CI Rules it states “Irish Youth Cyclocross Championships may be held each year and will be open to all youth riders. Medals will be awarded to the first three riders and the winning team of three riders based on points.”
As this motion was carried at the previous AGM, can the committee clarify the reasons why the event didn’t take place. Can we have the assurance of the Committee that motions carried out at the 2017 AGM will be fulfilled?”

I, Lisa Millar, Licence number 16LC2571, would like to put forward the following motions:
1) Across the country we drop the poorly supported Cross Country S2 women’s category, leaving “Elite” and “Sport” categories. Junior women should be allowed to ride in whichever category most suits their ability.
2) Also, I propose that the Junior women category gets merged in with Women for the XC nationals

I, Gary Sheils, Licence number 17A20041 would like to put forward the following motion
“To re-introduce the team prize for the M40’s category for the 2018 Cyclocross National Championships.
The M40 category has increased in numbers in recent years and was stacked with quality riders throughout the 2016 season, on par with the Senior Category. I believe many competing Clubs now have several riders competing in the M40 Cyclocross scene. Competing at Team level will be good for individual Club participation, motivation, moral and team spirit in the pits.

This should encourage the riders to attend their regional championships. 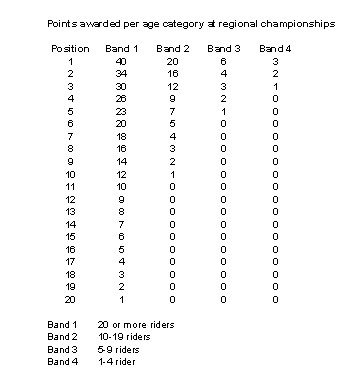 Riders cannot compete in more than one regional championship.

I, Paul Birchall, Licence number 17A40127 (M50) would like to put forward the following motions.
1) I would like to ensure that a Youth National Cyclocross Championship be strongly considered for 2017 and thereafter. The reasoning is to help create a pathway for youth in CX.
2) I would like the commission to seriously consider self-funding riders for international events including the worlds under agreed criteria – we do not want to create a situation where only the those who can afford it can travel though do need to create a system where our better riders have the opportunity to race abroad.
3) I would like to see the commission supporting provincial cx coaching days for all categories.

I, Beth McCluskey Bray Wheelers 17a30109, would like to propose the following motions:
1). I propose a separate masters category for women in the national championships for CX and XCO as is the case on the road.
2). I propose a 2nd cat for womens cx as is the case in xco. The races could be run together but this will encourage more women to compete and will improve the overall standard of racing.
3). I propose that there should be a position for a womens rep on the off road commission.
4). I propose and u/23 championship be awarded for both men and women riding in the elite category in the national xco and cx championships.
5). I propose youth riders should only be permitted to use 1 bike in CX races.
6). I propose that minimum number of participants required to hold an off road national championship should be reviewed. The criteria should be significantly less for women and juniors than for the men. The criteria should be separate from the road criteria as the level of participation is much less and if we want to develop the sport there should be national championship for riders to aim for. In the event of a race not taking place junior riders should be allowed to ride up a category and race in the elite race.
7). I propose the rules regarding riding up a category for underage and junior riders are clarified and applied equally across both xco and cx.
8). I propose that in xc and cx where more than one age/sex category are racing together that the 80% rule is applied only to riders in their individual category, not to the 1st rider of the 1st group off the line.
9). I propose that the off road commission apply for more funding from cycling Ireland and the current CI president has specified that more money will be available to the commissions. 15K to cover all off road disciplines is not sufficient. Proposals for expenditure and an application should be submitted to Cycling Ireland as a matter of urgency if we want to invest in the future of the sport.
10). I propose that the off road commission meeting be held in advance of the cycling Ireland AGM.
11). I propose an audit of the off road technical rules to ensure they comply fully with current UCI and Cycling Ireland regulations and to remove any anomalies that remain. There are many conflicting rules written for road racing which do not apply to off road racing and these confuse riders, coaches and parents. These rules need to be clear, concise and relevant to off road racing.

I, David Conroy, Licence number 17A30065 would like to put forward the following motion
1). Expand the current National Championship Programme to attempt to hold as many races as possible. So for next year open entries from U12 to U23 and then elite and master categories, women and men and then if by two weeks before the event the minimum number has not been reached then races can be combined. But for the progression of the sport its vital that as much effort as possible be made to get youth interested and give them a reason to race.
2). That a national points series be created with 5 rounds spread between October and January and that this be used for a national ranking that is also used for national championship gridding.
3). Allow the elite National champion both male and female the opportunity to race the Worlds if they are interested.
4). Clearly set out the requirements that a rider must meet to represent Ireland at an international competition.
5). Clearly set out the plans for national and international events at the beginning of the season.
6). Provide adequate and clear notice of event selection and team selection.

I, Stephen Mc Donald licence number 17lc0855, would like to put forward the following motion,
As Enduro is now recognised by CI the ORC allocated budget should now include the Enduro discipline.  A test event in 2017 should be held allowing a national championship in 2018, also an Enduro webpage established with details of events and related clubs with links from the CI and ORC websites.  Any additional funds would be used for younger rider development.